Blockchains combine several other technologies like cryptography, networking, and incentive mechanisms in order to support the creation, validation, and recording of transactions between participating nodes. A blockchain system relies on a consensus algorithm to determine the shared state among distributed nodes. An important component underlying any blockchainbased system is its consensus mechanism, which determines the characteristics of the overall system. This thesis proposes a reputation-based consensus mechanism for blockchain-based systems which we term Proof-of-Reputation(PoR) that uses the liquid rank algorithm where the reputation of a node is calculated by blending the normalized ratings by other nodes in the network for a given period with the reputation values of the nodes giving the ratings. The nodes with the highest reputation values eventually become part of the consensus group that determines the state of the blockchain. 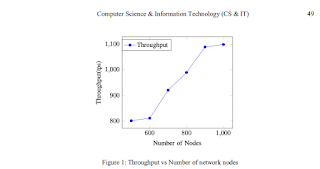